My first round of the Cetuximab/irinotecan combo out of hospital since May. I was a little nervous. And I was still quite weak. I'd been building up my activity during the week and reached a peak of walking for 30mins on Wednesday.

My appointment was at 2pm. At least we wouldn't have any trouble getting there on time. In fact, we got there early as I could not find any emla cream anywhere.


We walked in. Slowly. I got my emla cream and then we went and got lunch. It was rather in the spirit of things. 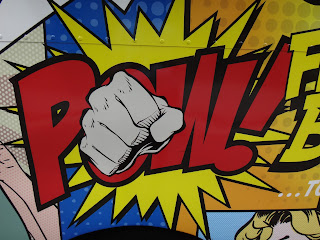 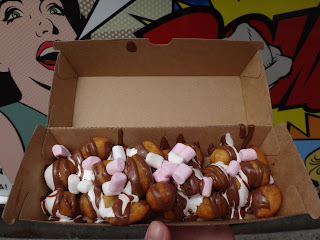 This was Dave's meal, not mine (OK I did eat a few)

My port was a little sluggish again. But not too bad. I wore my Jack White T Shirt that I bought when we saw him in Melbourne in 2012. It was a great show and he was supported by Lanie Lane who is also awesome live. No photos were allowed during the show though! I remember being really disapointed about that at the time. And it's another T-shirt without dates on! It is a nice looking T-shirt though. 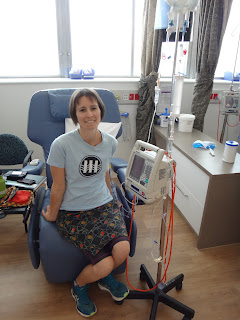 I had to have another one of those injections into my stomach. I double checked - I really had to have it. Nope I couldn't have it through my port instead. Something about the speed at which it has to diffuse. Or something. Oh well.

One thing about a late start, is a late finish too. We got there at 2pm. The ward is supposed to close at 5pm. I doubt it ever does. Here is my machine, you can just about see counting down 26 minutes to go, before they can start the end processes, and you can just about see the clock in the background, saying 4.52pm. 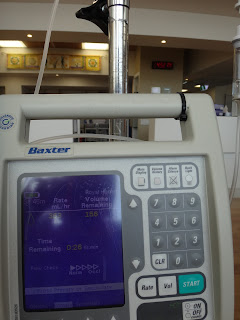