One year ago today, I was feeling pretty unwell and sorry for myself. So I decided to cheer myself up by posting on Facebook that our trip back the UK was booked.

It did cheer me up. As I'd hoped, friends and family responded positively and it made me excited to be going back and catching up with everyone. After all, a trip back was rather overdue.

However the excitement was short-lived. Instead of going on holiday we had to stay in Hobart for me to receive surgery and chemo. Don't get me wrong, I know I'm incredibly lucky to have had those treatments, and perhaps if I'd gone undiagnosed and gone on holiday instead I wouldn't be here now.

But wow, I really wanted to go holiday. I remember asking my surgeon and oncologist more than once if  I could still go anyway.

I'm having a scan just before we leave. I think that unless the results indicate that immediate surgery is required, I should be good to go. Did I mention that I'm really nervous?!

Part of me thinks I'm inviting a jinx by sharing it like this, on the anniversary of my previous share, but another part of me knows that is silly. So I'm hoping by confronting that superstition I can break it.

There is a lot to consider when travelling overseas. Add illness into the mix and it becomes even more complicated. I have a lot to discuss with my medical team over the next few weeks. I'm hoping I will be able to have a complete break from chemo, but even if that is the case I will still have to take good care of myself.

We leave Tassie on the 24th August, and arrive in the UK on the 25th (our anniversary). We leave the UK on the 3rd of October, and plan to spend another week in Victoria before returning to Tas on the 11th.

We'll be travelling around the country a bit, catching up with people. We still have lots of planning to do. 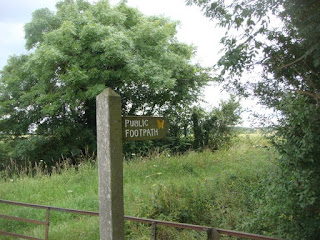 This photo is from our trip to the UK in 2010. Hopefully I will have some new photos to share later this year!