A Different Side Of Life

Hello gentle viewers. Dave here as guest blogger.  Fliss usually writes about her experiences as they happen, but I’m going back in time a bit to begin a story that has been linked to the cancer journey, and running alongside it unbeknown to our family and friends. The story about having babies.

I’ve always liked the idea of having children, but up until fairly recently I’ve always liked the idea of not having children slightly more, and that was largely due to the transient lifestyle we found ourselves in, which was partly through choice, partly due to the complexities of obtaining our Australian residency. Even after arriving in Tasmania we had managed to move house five times in as many years.  However, we had finally begun to feel settled and everything was going well. 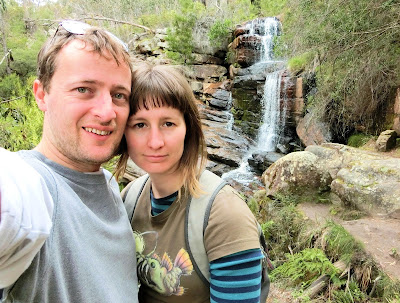 Every year Fliss & I like to do something special on our anniversary, 25th August. In 2014 we went to stay in the Grampians in Victoria, one of our favourite places in Australia, and that’s where we began to give starting a family some serious thought. I was ready, so to show I was committed to the cause I gave up one of my favourite pastimes, smoking! Fliss still needed to think about it for a while, and so it became a frequent topic of discussion over the coming months. Then in May last year, a card arrived in the post for me. The decision had been made! 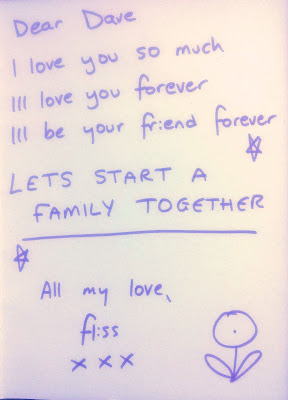 So for a few short weeks we were full of happy anticipation at the new adventure we were starting in our lives. Some women experience slight cramping or stabbing pains in the abdomen at the early stages of pregnancy, as the tiny embryo attaches to the lining of the uterus. When Fliss experienced similar feelings it only heightened our excitement, tragically not realising they were heralding the arrival of much less welcome news.

Fliss left hospital after the surgery on 11th August with only a few weeks to recover before having to go back into day surgery to have an infusion port put into her chest, with chemotherapy commencing shortly after. There are many different types of chemotherapy, most have at least a couple of undesirable side effects but the ones that immediately concerned us were that it can cause infertility and/or bring on early menopause. We didn’t have much time so decided that Fliss’ body would have to endure a bit more discomfort before chemo started, and so begun IVF treatment.

The preparation for extracting eggs to preserve, along with more appointments, prodding & poking, involves lots more injections. Not great for someone with a needle phobia. So at this point, including the blood thinner I was already giving Fliss after the operation, I was having to inject her four times a day! 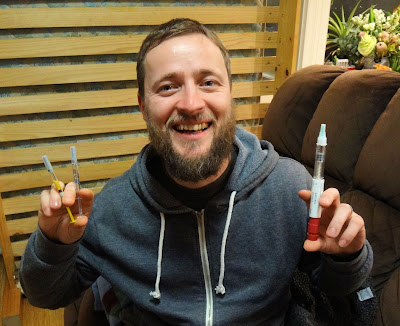 Dr Dave will see you now!

It now seems that Fliss’ chances of carrying our child are pretty slim. Which means that now we are faced with the difficult task of finding a surrogate. The baby would be 100% ours genetically, unlike some cases where couples need an egg or sperm donor. In other words, we have the bun but need an oven! On the morning of our anniversary last year, we received a call while we were still in bed telling us that we now had four fertilised embryos ready to go!