Lets get the bad bits out of the way first:

I don't like to focus on the negative, but sometimes it helps to acknowledge it. I'd already started writing this blog when I got the news about Bowie. Shows just how trivial my other grumbles are.

I'm not going to attempt to say something profound about his death or his life, I'm terrible at that. I am really sad about it, but I can't really put it into sensible words.

What I can find the words for is much more selfish. Bowie's is the most publicised cancer death I've encountered since my diagnosis. I have to admit that in some ways I've found it confronting. The news is still really fresh at the moment. Already I'm already struck by two things. 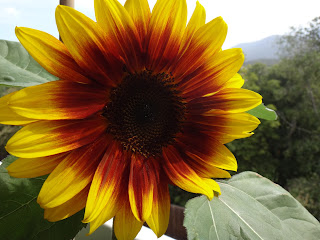 "If you're sad today, just remember the world is over 4 billions years old and you somehow managed to exist at the same time as David Bowie."
Posted by Felicity at 02:38